Just a (not so short) blog from the Old Warhorse himself ...

I had intended for some time to send a present to an on-line friend overseas. I didn't think it was such a big issue to do such a thing until I went to the post office to send it. What I was confronted with once I arrived was just beyond belief to the Old Warhorse.

OK, so I finally got the item in question off in the mail with a promise from them that it would make it there at some point in time. At least I feel vindicated in a way, the item did get mailed as I had promised.

So anyway, the Old Warhorse has been at home this week, having thrown my back out Tuesday. My back is very sore and tender to the touch at the zone of L4 in the lower back, making it hard to even sit down in my easy chair. I've been taking pain pills (Vicodin) so as a result my mind has been dulled slightly. Consequently, I haven't been very productive as far as the current Immortal Warriors story is concerned. I did post Chapter 3  for your reading pleasure but I'm still working on chapter 5. I hope to become more productive in a few days once my dependence on pills lessens.

At any rate, that's where things stand at the moment.

SC, you're still in my thoughts and prayers. Drop me a line or two if and only if you have time to do so. If you're too busy, I understand fully.

Aslaug, keep your eyes peeled for a care package. 8-D

OK, so I went with my little filly to Fanime ...

I now suffer a broken brain from the things that I observed. It started innocently enough when we got there, not driving in too many circles to find a place to park. That would be the underground parking for the San Jose Convention Center. $12 USD for the whole day was the cost and well worth it. A short elevator ride put us right inside the main level of the convention center. That's when things for strange. And stayed strange. For the rest of the day.

We didn't attend Saturday due to my being under the weather that morning. I took it easy that day, getting ready to go on Sunday. Throwing caution to the wind, I wore a kilt that Sunday. I was photographed more than a few times as a result.

If I look a little ragged, this was AFTER the con on Sunday. I was just a bit tired when I had my tigress take this photo. For those that might ask, that's the USMC Leatherneck tartan. I wear it to honor those that have made the supreme sacrifice for our country.

Anyway, I'll have to get a photo gallery up to put the pics we took up for our entertainment.

I'll type some more later once my brain heals....

Well, things get better for a few of us.

I would like to congratulate my friend Joan on her finding a job. If there was any one person that was deserving of a tailor made position working with antiquities (or at least that's what I think she's going to be doing), she is definitely deserving.

I would like to to double-congratulate her for putting what is one of her best works into print. Joan, it's about time! I'll post particulars when they are available.

My littlest filly and I will be going to Fanime tomorrow and Sunday. I will post the bloody details and pictures next week.

Take care and be safe,

Another Friday Blog (that spilled over into Sunday)

Not just hot, but 'Frigging' hot! So hot that I shouldn't have rode to work on Thurday. That was the day that we had our hottest temperatures here.

Friday was hot but not as hot according to the weather service. Tell that to the heat detector that went off in a modular classroom ceiling. A 135 degree detector. Oh boy was that classroom hot!

Saturday was spent searching for a few new biking duds. Well, gotta dress properly to ride to and from work ... yeah ... um ... can we move on here?

Today, Sunday was spent with my Tigress and the little Filly at the Livermore Scottish Games. My friend Alan did well with the games and we had a good time. The Knights Of Avalon were there, putting on a good performance for all of us. Nothing like seeing 2 tons of horseflesh charging at each other with crazed knights on their backs, holding lances. I'll add some photos for all of you later.

Going to do a few things for my brother so I gotta go,

OK, so many of you know I'm riding my bicycle to work several days a week now. It's good for my cardio system and it saves several gallons of gasoline a day.

This morning (Tuesday morning) I was on my way to work when I came to an intersection at the same time as a mini-van driven by a very distracted mom. We had eye contact (I'm sure) as I waited for her to go. I was at the point where I was (not so successfully) trying to balance and wait on her. I finally gave up and just as I started to go, she went. Just like that. Unbelievable.

Some of you know I work in a school district as a technician, fire alarms being one of my specialties. I had a problem with a heat detector and it's monitoring module. I found the detector but no module underneath it in the electrical box it was mounted to. After a several hour search, I found it under a strobe on the wall! Unlabeled, too! Oh Well ... 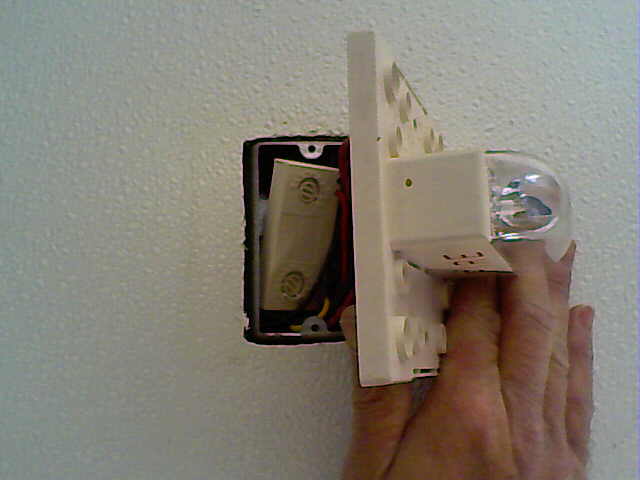 Saturday's blog is just a quick 'Hello' to my friends and a note that I posted chapter 2 of "A Loss Of Rights" for your reading pleasure.

Take care and have a nice weekend!

This Friday finally arrived and with it a feeling that things will be better after my work shift is over.

I'm using my bicycles to get to work now that gas has hit a ridiculous price. It's only 5 miles to work so the ultimate plan is to take clean clothes to work via truck on Mondays and bring them home Friday by truck or a 'Bob' trailer. It's a mazing how quickly your quadriceps get that 'cut' look after battling our afternoon wind home.

The mountain bike has knobbie tires so it's not very fast on the pavement. That I can deal with. The road bike, a vintage Schwinn Le Tour Luxe, needs a new wheel set Because it's a 27" set and not the modern 700 wheels, I will have to pay a little more for my wheel set when I locate a source.

A friend contacted me to let me know he read my recent blog. I'm glad he did because I was somewhat worried about him and what he was having to deal with. I wish him a bit of peace to his life right now. Take care, friend.

Anyway, I better post this, do the rest of my digital necessities this morning, boot the cat off my lap, get dressed and off to work. May all of you have a pleasant weekend.